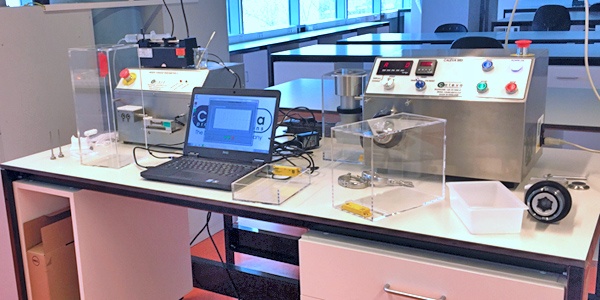 Why is platinum and palladium in automotive catalyst formulations?

Automotive catalytic converters are fitted to petrol-fuelled vehicles in order to reduce their emissions of pollutants. The  most common catalysts used are simple formulations of platinum and aluminium oxide which in turn are coated onto support materials so that they can be placed in the exhaust stream of the vehicle.

This provides two-way oxidation catalysts, they reduce exhaust emissions of both carbon monoxide and hydrocarbons by oxidising them to carbon dioxide and water.

I have recently been working with an EU university developing three-way catalysts (for petrol vehicles) in order to meet the ever tightening emissions legislation. In a three-way catalyst, carbon monoxide and unburnt hydrocarbons are oxidised at the same time as NOx emissions (a mixture of oxides of nitrogen) are reduced to water and nitrogen. Palladium is, compared to platinum, a less active catalytic material for these oxidation reactions.

On its own, it will often exist in its less active oxide form. However, it has been known for some time that the addition of palladium to platinum in a supported catalyst can stabilise the catalyst, when it is heated.

The university are therefore attempting to use palladium alongside platinum in catalyst formulations to gain greater thermal stability. If this were achieved, the lifetime performance of a catalyst could be improved sufficiently to allow the use of a lower loading of platinum. Additionally, if the price of palladium were below that of platinum, the vehicle manufacturers would potentially be able to improve the catalyst’s performance in the real world and reduce costs at the same time.

The university are using the Caleva Multi Lab in order to develop varying catalyst extrudates for R&D trials in a simulated reactor. The reactor mimics the catalytic reactions to that experienced within the exhaust of a vehicle.

Please call us without obligation.

Please call us without obligation.